With the direct-to-digital release of Tigmanshu Dhulia's Yaara and Urvashi Rautela's Virgin Bhanupriya, July 2020 is going to be packed with action. 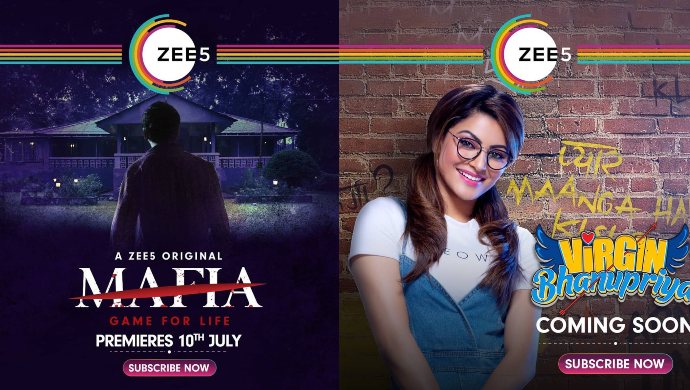 The month of June kicked off with the highly anticipated film Chintu Ka Birthday that touched the hearts of audiences around the world. For lockdown specific content there was Yaar Da Punch, in which Komal Nahta interviews celebrity guests from home. The Never Kiss Your Best Friend Lockdown Special explored the world of online dating during the quarantine.

This month also witnessed the released of the long-awaited Unlock with Hina Khan and Kushal Tandon. another blockbuster web series The Casino with Karanvir Bohra, Mandana Karimi and Sudhanshu Pandey released in this month.

Watch the teaser for upcoming series Mafia on ZEE5.

We also saw the first few episodes of the highly popular web series Kehne Ko Humsafar Hain Season 3 release in June. The remaining episodes will be releasing over the course of this month. Another original series set to release on 10 July 2020 is Mafia starring Namit Das. This series is a psychological thriller that six college friends reunite for a bachelor party but their past returns to haunt them.

Watch out for some of the popular miniseries from Zee Zindagi also set to make their digital premiere on ZEE5 in July 2020.

Which of these films or series are you most excited for? Let us know in the comments below. Watch the music videos from Virgin Bhanupriya featuring Urvashi Rautela on ZEE5.

The Tech-Horror Film UNLOCK Teaches Us Some Important Life Lessons

Baarish 2 Actor Vikram Singh Chauhan's Insta Pics Will Get Your Heart Racing And How!