From Chintu Ka Birthday to The Casino, ZEE5 is bringing you quality entertainment across genres in their June 2020 line-up of series and films. 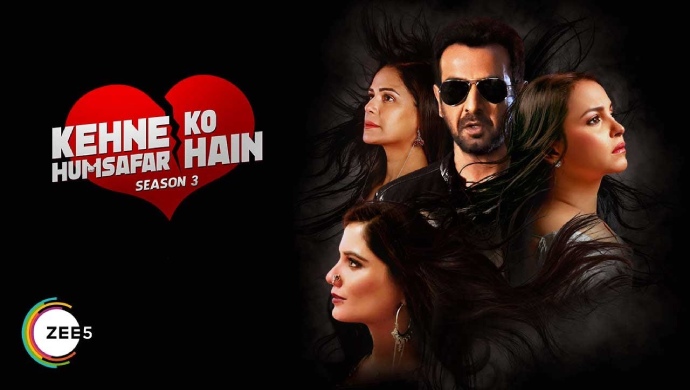 The month of May was the month of sequels on ZEE5 with the release of series REJCTX 2 and Kaali 2. It also saw the direct-to-digital release of the Nawazuddin Siddique and Anurag Kashyap comedy film, Ghoomketu. In May 2020, we began seeing more content relatable to the lockdown with the lockdown special series Bhalla Calling Bhalla and the launch of the new celebrity chat show, Yaar Ka Punchnama.

In June 2020, to add to your #AtrangiMonsoonBinge, ZEE5 is bringing you a mixed bag of quality entertainment from various genres. Kicking things off is the highly anticipated release of two big films. Chintu Ka Birthday, produced by the founders of AIB, and starring Tillotama Shome and Vinay Pathak is making it’s digital premiere on 5 June 2020. The other big film set to release this month on 26 June 2020, is the tech-horror film Unlock: The Haunted App starring Hina Khan and Kushal Tandon.

The popular web series, Kehne Ko Humsafar Hain is returning for its third season. Don’t forget to watch your favourite characters in new avatar’s and with fresh faces in this new season on 6 June 2020. Karanvir Bohra, Mandana Karimi and Sudhanshu Pandey’s much-awaited series The Casino is set to release on 12 June 2020, after being delayed because of Covid-19.

Also watch out for more episode of the lockdown chat show Yaar Da Punch with more popular guests including Kunal Kemmu, Sumeet Vyas, Ashish Chanchlani and others. Speaking of more lockdown related entertainment, there’s a Never Kiss Your Best Friend Lockdown Special set to release on 5 June 2020 as well. If you were a fan of the web series you won’t want to miss this one.

The series Lalbazaar is set to release in both Bengali and Hindi, in the new season streaming on 19 June 2020.  Adding to the ZEE5 Kids library is the animated series ‘Cinderella’ streaming in Hindi and English on 1 June 2020.

Which of these are you most looking forward to? Let us know in the comments below. Meanwhile, you can also check out the brilliant collection of short films in the ZEE5 Short Film Festival, featuring films by Vikrant Massey, Naseeruddin Shah, Rajeev Khandelwal, Shriya Pilgaonkar and many more.

Kumkum Bhagya Vs Kundali Bhagya: Which Romantic Saga Has Touched Your Hearts?