In tonight's episode, Alisha makes fun of AJ and Guddan's marriage when she finds out her new step-mother, Guddan, is the same age as her. 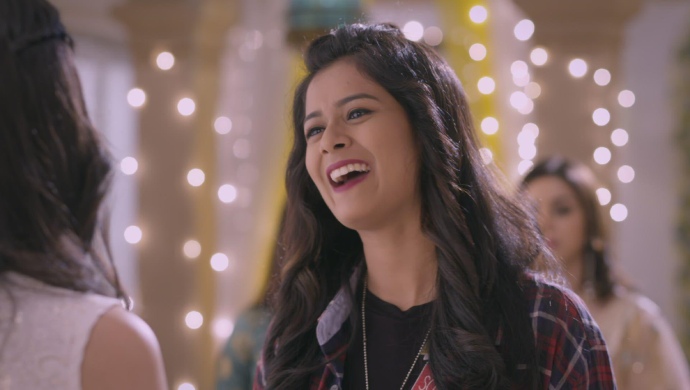 In the previous episode of Guddan Tumse Na Ho Payega, AJ says that he doesn’t trust Revathi yet. Guddan says Revathi must have changed because she is giving her a surprise later. Saraswati gets Alisha out of jail and she immediately wants to know what her job is. Alisha interrupts the puja at home with a loud dance. When Guddan tries to remove her out, Saraswati announces that Alisha is Antara’s daughter.

In tonight’s episode, AJ is not ready to believe Alisha is his daughter. Saraswati says he refused to accept Alisha as his daughter before her birth itself which forced Antara to leave. This time she says she has proof and hands over medical certificates. Alisha brings the family doctor itself and asks him to check once again.

Alisha takes blood from her hand and AJ’s hand to get the DNA test again. She tells AJ how she lived her life in poverty after he sent Antara out of the house. Daadi is happy to see her grandchild. She tries telling Alisha that Antara lied to her and that no one knew about her existence till today.

Alisha refuses to believe Daadi and asks AJ to show her the woman he left Antara for. She sees Guddan standing there and thinks she is the maid. AJ tells her that Guddan is not a maid but his wife. Alisha laughs because Guddan is her age and now she is her step-mother. She calls Guddan a gold digger and AJ a pedophile.

Alisha says she had planned to kill her step-mother, but she finds Guddan funny. Alisha picks a room for herself in the house. AJ is upset with Antara for hiding his daughter for so many years and filling her head with so many lies. He wonders how Guddan is handling all this.

Guddan is worried how no one knew about this child in their family. Revathi shows up with pakoras for Guddan. She tells Guddan that Alisha Jindal was her surprise that she had promised Guddan. Will Guddan manage to become the youngest step-mother? Stay tuned to find out.

Anjum Fakih Wanted To Give Her Life For Shabir Ahluwalia: I Love You Shabbo! Watch Video