In tonight's episode, Guddan and AJ turn the lockdown boredom into a passionate romance as they miss each other. 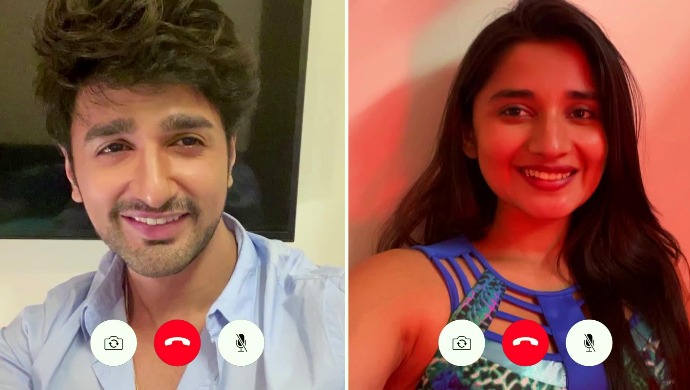 In the last episode of Guddan Tumse Na Ho Payega-Ghar Se, Guddan gets upset due to the lockdown and AJ tries to make her happy. Both Guddan and AJ remember how they made mistakes in the past and then won everyone’s heart with their move. Guddan remembers Laxmi, Durga and Saru. AJ tells Guddan to be careful as things can hurt anyone. She remembers when Antara tried to threaten her. AJ explains Guddan that there is always a ray of hope and these things brought them together. Then Guddan and AJ remember all the villains that came into their lives and tried to separate them. AJ asks Guddan to talk something romantic and describes various shades of Guddan.

In tonight’s episode, Guddan video calls AJ and tries to scare him by behaving like a ghost. But AJ starts flirting with her and the two remember their PDA moments. AJ tells Guddan to kiss her but the latter denies. Guddan tells AJ that she misses him a lot and is waiting for them to be together. AJ tells Guddan to look sexy and she complains to him for being romantic all the time. AJ tells Guddan to showcase her seductive and hot side as he has seen all her avatars. Guddan disconnects the call and the latter remembers the time when the two were romantic.

Guddan calls AJ and the latter goes speechless seeing her in this hot avatar. Guddan and AJ remember the time when they had a lot of fun together. Guddan drives AJ crazy with her sexy avatar. AJ gets desperate to see Guddan but the latter teases him. Guddan tells AJ that she remembers the first time they kissed each other. Guddan tells AJ to kiss her as she is all his. The two give each other flying kisses. Both Guddan and AJ confess that they miss each other and cannot wait to see each other.

Pavitra Rishta: 5 Moments When Sushant Singh Rajput Aka Manav Proved To Be A Dream Husband