High Five on ZEE5 awards takes place on 14 February 2020. Here's a look at the nominations for most viewed content in the last two years. 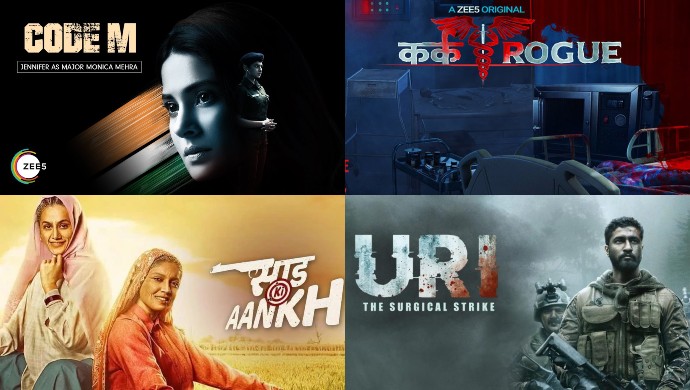 The third edition of the High Five on ZEE5 Awards is set to be held on 14 February 2020 in Mumbai at JW Marriott. ZEE5 is celebrating #2XTheLove, fun and thrill to mark its anniversary of 2 years. Along with being India’s largest OTT platform since its launch, it is also most loved. Zee Entertainment Enterprises Limited, its video streaming service has raised the bar for OTT platforms by releasing 100+ originals in more than 12 Indian languages across different genres. Since December 2019, ZEE5 began the trend of rewarding the ‘Most Viewed Content’ under High Five on ZEE5 Awards every month.

As ZEE5 Anniversary special, check out the list of nominations for the ‘Most Viewed Content’ for the last two years, across different categories here:

Nominations for ‘Most Viewed Original Content’ are as follows:

Nominations for ‘Most Viewed Original Content (Regional)’ are as follows:

Nominations for ‘Most Viewed Movie’ are as follows:

Nominations for ‘Most Viewed TV Show’ are as follows:

In 2 years, being the largest ConTech OTT platform in India, ZEE5 has launched more than 100 originals. It has also committed to releasing 15-20 more by March 2020. On Play store, the ZEE5 app has crossed 90 million+ downloads and recorded a peak of 8.9 million DAUs (Daily Active Users). Tell us in the comments what do you think about the nominations. Guesses for winners are also welcome!