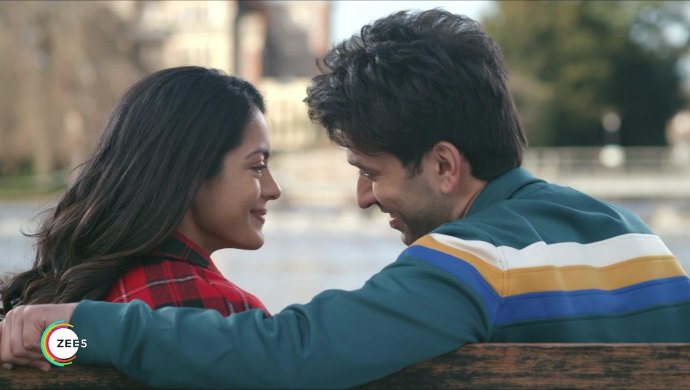 Run! Don’t walk to get your speakers because the ultimate best friend anthem Jaane Na Dunga Kahin is out now! Got a best friend? Have a favourite buddy? Gifted with a sister from another mister or a brother from another mother? Celebrate them with Jaane Na Dunga Kahinsong from ZEE5 Original Never Kiss Your Best Friend because you have hit life’s jackpot. Because if there’s anyone who knows you better than your own folks, it is your bestie. Starring Nakuul Mehta and Anya Singh, the track is every best friend duo ever.

Nakuul and Anya feature in Never Kiss Your Best Friend as best friends Sumer Singh Dhillon and Tanie Brar. This song is a story of how they became friends, turned into best friends and were inseparable thereafter. From being their weird, embarrassing selves in front of each other to making crazy, fun memories, Sumer and Tanie have it all covered. Sung by Armaan Malik, Jaane Na Dunga Kahin, sums up Sumer and Tanie’s equation. Yash Narvekar has composed the music and lyrics for this heart-warming track. On the guitars is Daniel Kenneth Rego, with Prasanna Suresh as the music producer and Vegan Vipin as the vocal editor. The song was recorded by Rahul Sharma, assisted by Samir Dharap at AMV studio, Mumbai. Watch it here:

Never Kiss Your Best Friend is a millennial rom-com saga adapted from Sumrit Shahi’s best-selling novel of the same name. The 10 episode series is the story of two best friends who reconnect after a long period of separation and the existence of a curious history between them, grappling with their complicated feelings for each other. The story plays across two timelines; their youth when their friendship was the highlight of both their lives and their adulthood when they meet after years of separation.

The show will also see veterans Suchitra Krishnamoorthi & Rituraj Singh who will play Nakuul’s parents while Niki Aneja & Vivek Mushran will be playing Anya’s parents. Produced by Sarita A. Tanwar & Niraj Kothari, the series has been directed by Arif Khan.

Stay tuned to find out more about #NeverKissYourBestFriend. The ZEE5 Original starts streaming on ZEE5 from 20 January 2019.

Escape From Nabha: 7 Chilling Facts Behind The Most Daring Jailbreak, Operation Parindey

Shukranu New Poster Out: A Humorous Take On The 1976 Forced Sterilization Drive In India