Karan goes to a press event with Zoya. Tipsy is terrified when Piya meets Karan there. Later, Ved brings the police to arrest Karan! 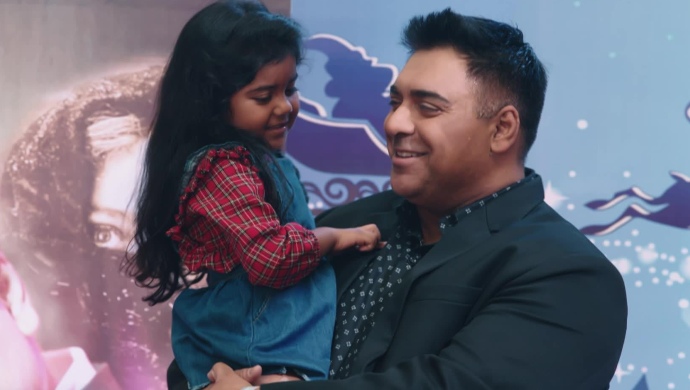 In the previous episode, after a leap of five years, Karan’s life oscillates between hating his past and coming to terms with his present. His business and sexual partner, Zoya observes the Jekyll and Hyde behaviour in him when he responds arrogantly to her question at a party. Whereas Tipsy comes back to Mumbai with her four-year old daughter, Piya and her friend, Ved, who is a lawyer. When Karan is in his car, he sees Tipsy with her family from a distance!

In today’s episodes, at the shooting of his film, Karan gives a perfect shot by stepping out of his car and killing the actress. On being asked by Zoya, Karan reveals that seeing Tipsy happy with her new family birthed the emotion of raw anger in him. He is disappointed that Tipsy can influence his feelings even after five long years of separation. While telling Zoya about his marriage, Karan says that Tipsy had stabbed him in the back. Karan’s films were flopping consecutively and the movie industry was losing respect for him!

Just when he had signed a new film with director Hirani, Karan met with an accident. His car was hit by a truck, paralysing him partially. For two months, Karan was at the hospital and Tipsy took care of him. When Karan came back home, Tipsy had changed her job to earn better. An emotion of jealousy crept into Karan for Tipsy’s new boss. Hiding it from Tipsy, Karan had started drinking again to numb himself to the feelings of loneliness, uselessness, and depression.

Today, Tipsy goes shopping with Piya and Ved to the mall. She fears that her daughter will know about her real father. Just when Ved asks her to not be paranoid, she sees Karan Khanna at the mall who is there for a promotional event during Christmas. Piya leaves Tipsy’s hand and runs towards him. Karan, who once wanted to have children with Tipsy, now hates kids immensely. Tipsy expresses her anxiety about Karan snatching Piya away from her. Ved goes on stage, takes Piya away from Karan, and brings her back to Tipsy.

At the dinner table, Ved asks Tipsy why her past with Karan bothers her so much. Tipsy says that Karan is the most delusional, vindictive, and complicated man she has ever known. At Karan’s house, he gathers photographs of Tipsy’s new family and Piya’s birth certificate by appointing a spy. While going through the pictures, he sees Ved. Right then, Ved enters with the police to arrest Karan under molestation charges. Because Karan is drunk and thinks he is hallucinating, he slaps Ved to check if he is real!

You can get Live Updates on Coronavirus Outbreakon ZEE5 News section, streaming now.