The truth behind Jai Udai Walia and Bani Dixit's marriage is revealed in Kasamh Se, rerunning on Zee TV from Monday to Saturday. Read for more details 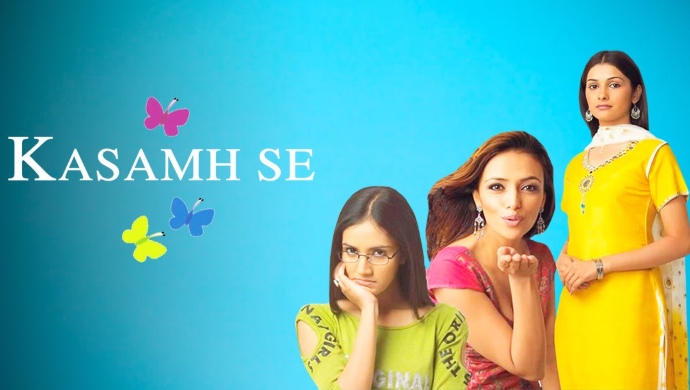 While the production of shows is halted during the extended coronavirus lockdown, formerly popular shows are back on Zee TV. Kasamh Se, the soap-opera that marked the debut of actress Prachi Desai started rerunning on April 20, 2020, from Monday to Saturday at 2:00 p.m. Besides Prachi, it stars television and Bollywood actors like Ram Kapoor, Roshni Chopra, Ashwini Kalsekar, Gurdip Punjj, Ahsaas Channa and others. The story revolves around Jai and Bani, a couple who go through ups and downs in their marriage. Read further to know the truth behind their accidental marriage, love, relationship and family.

The story begins with three very different but very close Dixit sisters, namely Bani, Piya and Rano (Prachi Desai, Roshni Chopra, Arunima Sharma respectively). They lose their father and hence, go to live in Jai Udai Walia’s (Ram Kapoor) house in Mumbai. He is a ruthless business tycoon who knew their parents. Slowly, Jai falls for Piya but she is only interested in his wealth. Their marriage gets arranged, but Piya elopes with Pushkar Shukla on the wedding day. Jai’s cunning sister Jigyasa Walia tries to save the family’s honour.

On being persuaded by Jigyasa, Bani replaces Piya in the mandap and marries Jai. Lifting Bani’s ghunghat (veil), Jai becomes furious at the betrayal. But gradually, both of them fall in love with each other and start living as a happy couple. When Piya learns about them, she tries to steal Jai back from Bani. On a business trip, Piya follows Jai, spikes his drink and has a one-night stand with him. Jai is completely shaken when he wakes up the next morning. On Jai and Bani’s first wedding anniversary, Piya announces that she is pregnant with Jai’s child.

Piya gives birth to a son named Veer. Then, she frames Bani for murder and blackmails Jai to send her to jail for life, or to a mental asylum for five years. Jai chooses the latter under pressure. At the asylum, Bani gives birth to twin sons, Krishna and Atharva but they are taken away from her by Jai. Bani escapes the asylum and is rescued by Aparajit (Ronit Roy), who takes her under his wings. He offers her to go abroad with him so that she gets over her past. Bani agrees but promises that she will return for her children.

After a leap of five years, Bani returns as Durga Dasgupta, takes her children and exposes Piya. Krishna and Atharva are kidnapped and killed in front of their parents. Jai kicks Bani out of his house. When she attempts suicide, she finds out that she is pregnant. Five years later, Bani lives by the name of Maithili and has a daughter named Ganga (Ahsaas Channa). Jai has married a woman named Meera Khandelwal. Ganga has blood cancer and needs a bone marrow transplant. Jai and Bani come together to save Ganga’s life and Jai apologises to Bani.

Bani gives birth to a set of twins and Jai names them Krishna and Atharva again. It is revealed that Meera had killed Jai-Bani’s twin sons. Meera sets Bani on fire and she is declared dead, which devastates Jai. Bani is alive and wakes up in the hospital. She is inflicted with amnesia (memory loss) and gets a new face (Gurdip Punjj) by undergoing plastic surgery. 16 years later, as Pronita Mitra, she meets Jai at the Wali Mansion. She sees Meera and regains her memory. She reveals everything to Jai and he has a heart attack which paralyses him.

To find out what happens a year later, watch all the episodes of Kasamh Se, streaming on Zee TV, Monday to Saturday at 2:00 p.m.

You can get Live Updates on Coronavirus Outbreak on ZEE5 News section, streaming now.

Exclusive: Asha Negi Gets Candid About Her Role In Baarish 2, Working With Jeetu Ji & More

Jennifer Winget Hit 9M Mark On IG, Here's Why She Was Perfect As Major Monica In Code M