In the next episode, Pragya is asked if Ranbir is Prachi's boyfriend when he goes to the police station to help Pragya find Prachi. 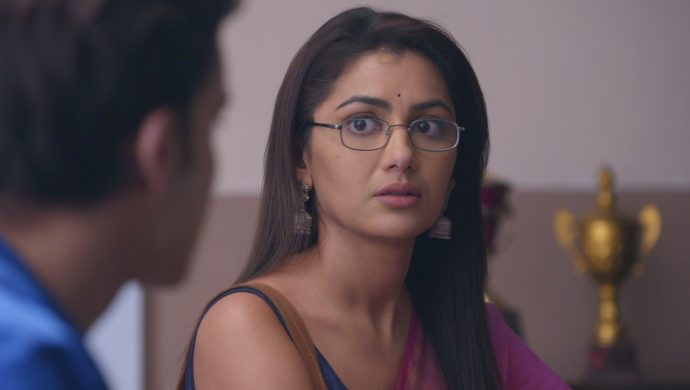 In tonight’s episode of Kumkum Bhagya, Prachi is tied up and unconscious at the kidnapper’s den. The kidnappers ask Sanju for more money because they have to kill one more person. Rhea is worried because Sanju is bothering her again. She talks to Aliya about it, who says Sanju will take care of the waiter and get Prachi out of their lives too. Abhi overhears Aliya and Rhea talking and gets angry. He reveals that Aliya did the accident on purpose and asks Rhea to be careful when she trusts Aliya. Prachi wakes up and tries to beg the kidnappers to not kill her. Ranbir offers to take Pragya to the police station to look for Prachi.

In the next episode, Pragya and Ranbir go to the police station looking for Prachi. The police asks Pragya who is Ranbir and assumes he is Prachi’s boyfriend. Abhi calls up Sarita and finds out that Prachi is not only missing but her mother has gone to look for Prachi with Ranbir. Prachi is at the kidnappers den who tell her that whatever happens she will end up dead again. Will Pragya and Ranbir be able to save Prachi? Stay tuned to find out.

Tujhse Hai Raabta 11 December 2019 Preview: Malhar Does The Extreme To Save His Country