In tonight's episode, Aliya gets jealous of Purab and Disha. She runs over Disha with her car while Pragya and Purab watch in complete shock. 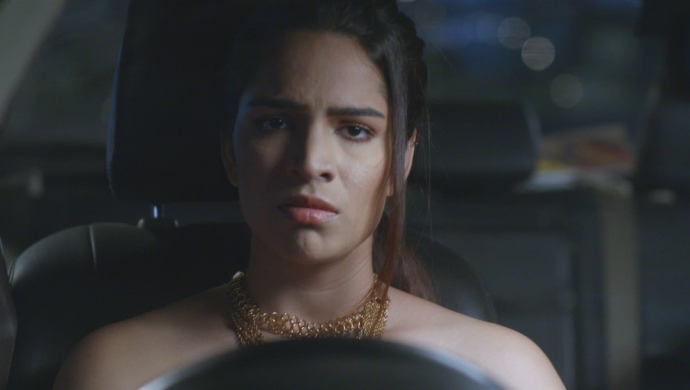 In the previous episode of Kumkum Bhagya, Rishi goes to Sarita’s room and decides to sleep next to her since she is sick. Priyanka attacks the maid Madhu by mistake. Purab and Disha are dancing at the party while Abhi and Pragya dance together. Aliya sees Purab with Disha and gets jealous. Rhea hears how Prachi was with Ranbir when he returns home drunk and gets jealous too. Aliya insults Disha even after she tells Purab to stay away from her.

In tonight’s episode, Prachi and Shahana go to a tea stall after sending Ranbir home with Aryan. Prachi complains about how bad Ranbir is that he decided to steal the question papers. Shahana tries to defend Ranbir but Prachi refuses to listen. Disha tells Pragya to leave the party right then after being insulted by Aliya. While walking past Abhi, Pragya’s hand brushes past his, but he doesn’t say anything to her.

Vikram is really upset with Ranbir for getting drunk and wants to find out why Ranbir got drunk. Ranbir tells his father the truth but Vikram refuses to believe him. Vikram decides to talk to Ranbir when he sobers up in the morning. Aliya also goes home drunk and tells Rhea that she ran over someone and could go to jail.

Pragya sees Prachi and Shahana at the crime and asks them to go home. Pragya takes Disha to the hospital where Purab also comes after her. Prachi shows the police proof in a video of the car which ran over Disha. They decide to track the car and find the killer. Aliya is crying at home when her doorbell rings. Will Aliya end up in jail? Stay tuned to find out.

Kaali 2 Trailer: Paoli Dam Aka Kaali Unleashes Her Fierce Side; Learns Art Of…