In the next episode, Ranbir is waiting outside Prachi's house and decides to propose to her just when Rhea is leaving the house. 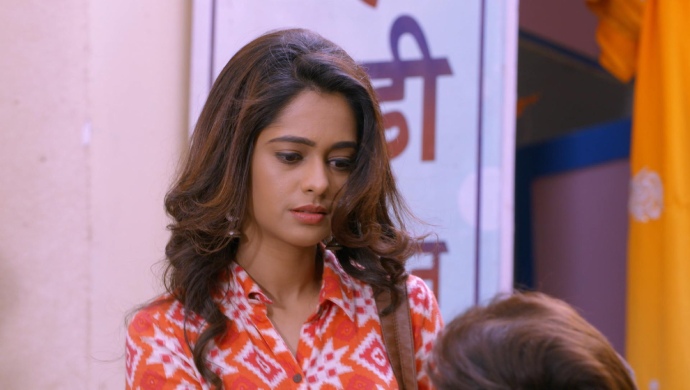 In tonight’s episode of Kumkum Bhagya, Ranbir talks about convincing Prachi’s family after she tells him yes. Prachi says she is talking about giving him loan documents. Ranbir realises that he never proposed to Prachi. He gets upset and goes back home. Rhea tells Sanju that she has planned to make Prachi’s MMS without Prachi. She plans on  using people who resemble them in the MMS and will morph Prachi’s face in the video. Rhea even decides to steal Prachi’s actual clothes for the video. Ranbir tries to tell Rhea that he can no longer be with her but Rhea realises he is breaking up with her and while she cuts the call saying she is busy.

In the next episode, Ranbir is standing outside Prachi’s when he sees her entering too. Ranbir goes to Prachi and goes down on one knee and holds Prachi’s hand. Rhea is leaving Prachi’s house and sees Ranbir kneeling in front of Prachi. She looks angry but Ranbir doesn’t notice her. Will she stop Ranbir from proposing? Stay tuned to find out.