In tonight's episode, Pragya is visited by Harleen Sethi and Vikrant Massey from the ZEE5 and ALTBalaji series 'Broken But Beautiful 2'. 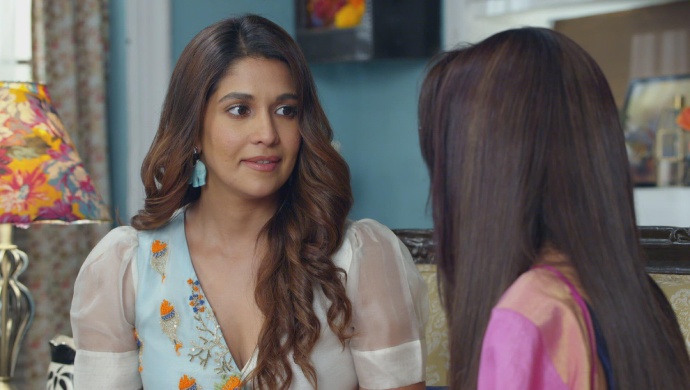 In the previous episode of Kumkum Bhagya, Vikram comes to the police station and gets Aliya out of jail. Rhea and Aliya both plan to ruin Prachi’s life for good. Disha wakes up in the hospital and finds Purab with her. They spend quality time together where Disha admits she doesn’t hate Purab at all. Purab leaves the room when Hritik enters the house. Abhi calls Purab and informs him that Aliya was in jail for running over Disha with her car. Priyanka finds news about her disappearance in the papers. Rishi sees this too and gets scared.

In tonight’s episode, Pragya returns home from the hospital and informs Sarita that Disha is in hospital after an accident. Sarita is shocked and asks for the newspaper. Rishi hesitates to give the newspaper because it has news about Priyanka. Pragya sees the news first and takes the paper away from Rishi saying that she wants to read it.

Aliya and Purab continue to fight because of Disha. Aliya says she hit Disha by mistake, but Purab refuses to believe her. He says he was not planning on leaving Aliya but if something happens to Disha, he promises to leave Aliya. Rhea meets Prachi on her way to college and confronts her. Rhea promises to make life hell for Prachi after what she did but Prachi refuses to pay her any attention.

Sanju is planning news ways to come closer to Prachi. However, the waiter calls him up again asking for Rs 10 lakh as ransom to not tell Prachi what happened at the party. Prachi meets Ranbir in college and accuses him of stealing question papers from the principal’s office. Ranbir pretends to be innocent and makes Prachi feel guilty about accusing him of such a horrible thing.

Pragya is looking for Priyanka’s diary and asks Shahana and Madhu at home to help her. Pragya is distracted when she hears Sameera (Harleen Sethi) from Broken But Beautiful at her door. Pragya is surprised to hear Sameera is planning to marry Ahan. She asks Sameera to be with Veer (Vikrant Massey). Just then Veer also enters her house and asks her to watch the Season two of Broken but Beautiful.