In the next episode of Kundali Bhagya, Preeta comes face to face with Kareena who is throwing Srishti out of the gates of the Luthra house. 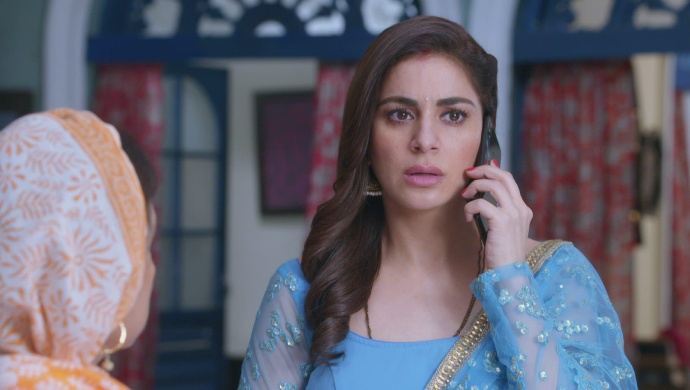 In tonight’s episode of Kundali Bhagya, Sammy and Kritka get worried. Sammy hears Kareena insulting Srishti and goes to help her. Instead, Kareena accuses Srishti of spying on the Luthras to help Preeta. Srishti in return accuses all the Luthras and specially Rakhi, Karan and Rishabh of abandoning Preeta when she needed them. Kareena decides to call the police and arrest Srishti but Karan stops her. Kareena then slaps Sammy and locks him in his room for defending Srishti again. She then calls Preeta to say her plan failed.

In the next episode, Kareena takes Srishti to the gate and scolds her for trying to spy on the Luthra house. She pushes Srishti away and warns her to never come back to her house. Preeta holds Srishti and stops her from falling down. Kareena is shocked to see Preeta with Srishti. Sarla asks Janki where Preeta and Srishti went. Janki says Preeta got a call and left. Biji wonders if they both went to the Luthra house. Will Preeta and Srishti get scolded by Sarla too? Stay tuned to find out.