In the next episode, Sherlyn insists and convinces the police to arrest Preeta until she proves her innocence. 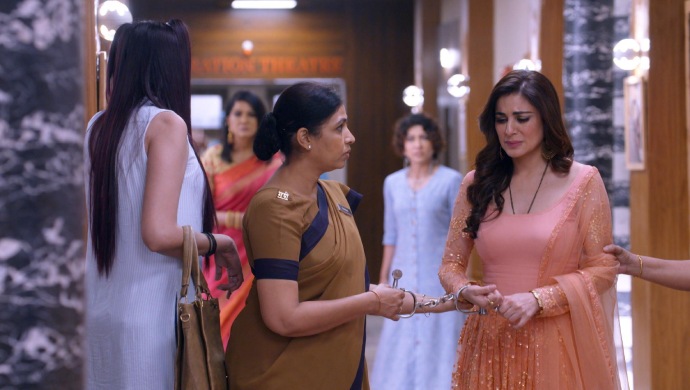 In tonight’s episode of Kundali Bhagya,  Sherlyn calls up Kareena and tells her about Mahira’s accident. Mahira convinces the doctor that she is not alright. She says that Preeta is trying to take her life and she offers him the money he needs to keep her in hospital for two or three days. Karan returns home after dropping Rishabh to the hospital. He is shocked to hear that Mahira had an accident. Sherlyn calls the police and accuses Preeta of trying to kill Mahira.

In the next episode, Sherlyn tells the policemen that Preeta and Srishti will keep doing the drama. She asks them to arrest Preeta immediately. Preeta says that she is innocent and says Sherlyn doesn’t know the truth. The police inspector tells Preeta to go with them and prove her innocence at the police station. They arrest Preeta and take her away. Will Preeta be able to save herself from being arrested? Find out tomorrow.