In the next episode, Preeta goes back in the wedding hall where Karan and Srishti see her locking his room from the outside. 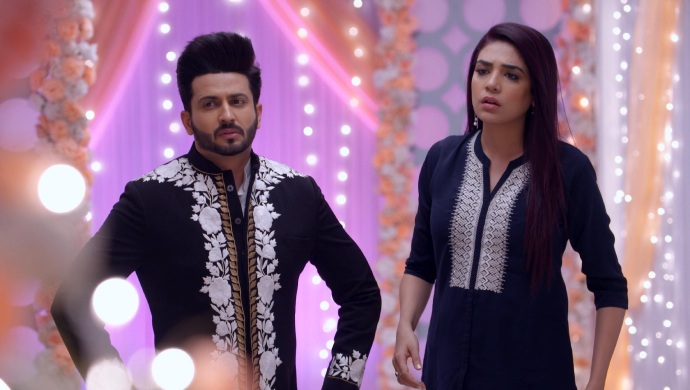 In tonight’s episode of Kundali Bhagya, Ramona tries to make Prithvi meet Sherlyn but he runs away from her. They are trapped when the robbers show up. Prithvi and Sherlyn hide under tables next to each other. Kritika tries to pass her phone to Rishabh but it reaches Sherlyn. Preeta and Karan hear the gunshots from outside the hall. Karan decides to go in and check but asks Preeta to wait outside. Rishabh tries to convince the robbers to leave everyone and offers to pay them money. They tie up Rishabh and close his mouth. Prithvi tries to escape while the robbers are busy with Rishabh.

In the next episode, Mahira, Rakhi and Daadi are still locked in the room. They refuse to open the door for the robbers. The robbers manage to break open the door and point guns at them. Preeta is standing outside the bridegroom’s room. She sees it left open and decides to lock it shut. Karan and Srishti see Preeta locking his room. Will Karan scold Preeta for not listening to him? Stay tuned to find out.