In the next episode, Rakhi says she is happy that Karan and Preeta are both marrying new people, but is shocked when Karan tells her the truth. 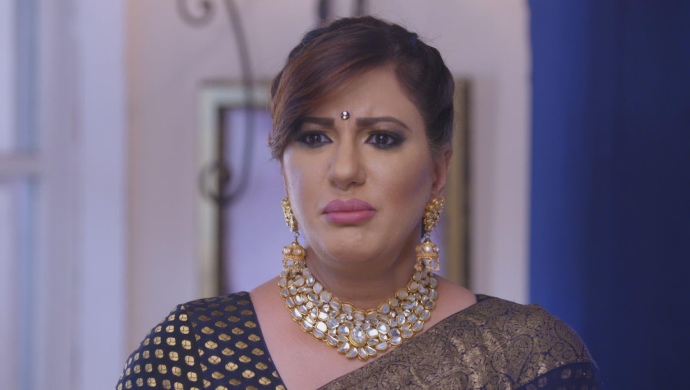 In tonight’s episode of Kundali Bhagya, Preeta takes care of Sarla while Srishti goes out to stop Karan’s engagement without telling anyone. Preeta’s neighbour gets the catering contract for the engagement and she asks for Preeta’s help with some utensils. At the engagement, the neighbour sees Srishti entering while hiding from everyone. Srishti goes to Sammy’s room and suggests that they hide the wedding ring so that the engagement is stopped. She digs into Sammy’s pockets and they fall on the bed. Mahira’s mom sees Sammy and Srishti in bed together. Karan texts Preeta saying his misses her. Preeta and Karan still fight but they are both crying too.

In the next episode, Rakhi tells Karan that she was first against his wedding. She says that she felt bad for Preeta. But after hearing about Preeta’s wedding, she is happy that Karan is getting engaged. Karan stops her, saying that Preeta’s wedding did not happen. Rakhi is shocked on hearing this. Preeta is crying while holding her phone. She says if Karan wants to move on, he can but he should stop telling her about it. Will Preeta convince herself to go and stop the engagement? Stay tuned to find out.