In tonight's episode, Srishti finds out that Karan and the Luthras got a legal notice from Preeta asking for a divorce. 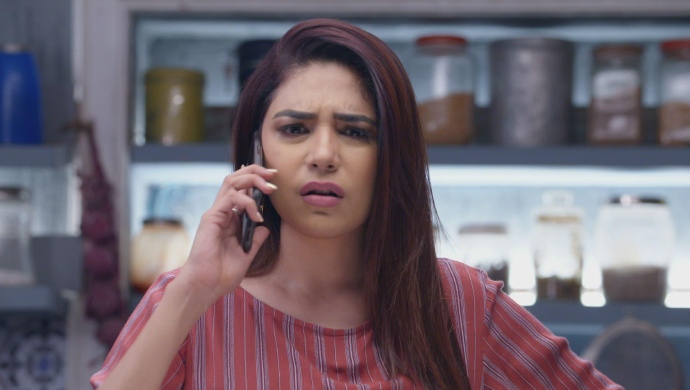 In the previous episode of Kundali Bhagya, Karan tells Mahira to join him at the cricket ground the next day as well if she wants autographs. To completely forget about Karan, Preeta deletes all her photos of Karan and even tears his photo in her cupboard. The next day the team captain says he knows that she is Karan’s friend’s wife, which angers Preeta. Karan is at home when the legal notice she made on behalf of Preeta reaches home. Karan and Rishabh are stunned reading it. Kareena takes the papers from them.

Sherlyn takes the papers and reads the rest of the terms as well. She reads that Preeta accuses the Luthra family of asking her for dowry. She also says Preeta has threatened to take everyone to court for dowry and mental harrassment if they refuse to accept her demands. Kareena blames Rakhi for letting Preeta sit on her head.

Daadi suggests that Kareena decide what to do with this situation and asks everyone to do what Kareena says. Preeta goes back home after hearing that Karan is lying about her marriage. Srishti tries to find out what happened to her. Preeta sees a call from Sammy and asks her to stop talking to him.

Srishti tells Sammy to tell him what happened. Sammy tells Srishti that Preeta has sent Karan a legal notice. However, Kareena takes the phone away from Sammy before he talks to Srishti. Kareena warns Sammy to stop talking to Srishti because it will put the entire Luthra family in trouble.

While Karan is walking around the house, he overhears Mahira and Kritika talking. Mahira tells Kritika that Kareena didn’t say anything wrong. Mahira says Preeta can never send a legal notice but now that she has then Karan should not sit silent. What will Karan do hearing Preeta? Stay tuned to find out.