In tonight's episode, Preeta follows Rishabh's kidnappers while her family is worried thinking she went back to the Luthra House. 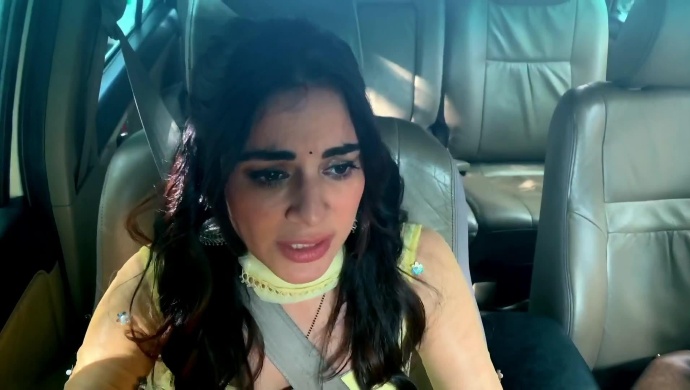 In the previous episode of Kundali Bhagya, Rishabh leaves the house to buy gifts for the guests at the wedding. Prithvi hires a man to kidnap Rishabh when he is out of the house. Preeta’s horoscope also says that she will stop someone’s wedding or get married that day.  Sherlyn is upset with Mahira when she finds out that Mahira has told the entire truth to Preeta. Karan sees Preeta’s call but he ignores it and refuses to talk to her. Preeta decides to forget about telling Karan the truth about Mahira and goes to buy groceries with Srishti.

In tonight’s episode, Preeta is out buying groceries with Srishti when she sees Rishabh buying gifts. She sees him drop one of the gifts and tries to return it. However, she finds someone in a helmet run up behind Rishabh and make him unconscious. She sees Rishabh being taken in a car and follows them in another car.

Srishti goes back home when she doesn’t see Preeta around her. When she reaches home she doesn’t find her there either. Sherlyn calls up Rishabh to find out where he is but she is unable to get through. Srishti calls up Sammy because she thinks Preeta is in the Luthra House. Sammy says that Preeta is not in the house, but he has important news for Srishti.

Sammy says that Rishabh knows Preeta is not guilty. He says that Preeta only saw Mahesh after he fell. Just like everyone notices him getting angry but no one sees Sherlyn doing everything to make him upset. Srishti is happy that Rishabh still believes Preeta. Sarla overhears Srishti talking to Sammy about Preeta and calls her out of the room.