REJCTX 2 composer, Ankur Tewari, will be performing songs from the new season, on 10 May 2020, at 5 PM streaming live on ZEE5 and on social media. 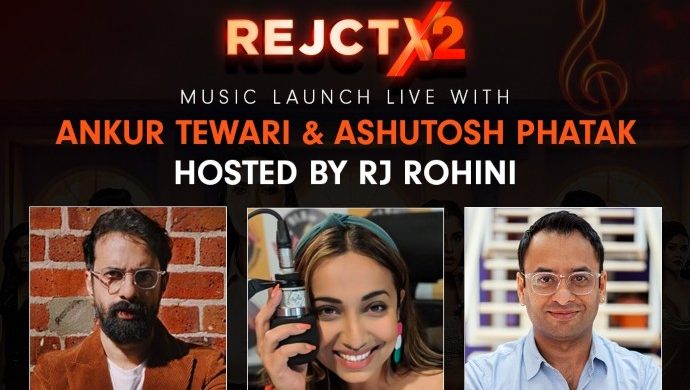 REJCTX 2 is  all set to release on May 14, 2020, and we cannot wait for it. If you have seen the first season, you will know that music is an important part of this series. Popular Indie artists, Ankur Tewari and Ashutosh Phatak have composed the music for the second season. The music for the first season was composed by another Indie music icon, Sneha Khanwalkar. The playlist had some incredible hip-hop songs, since the series is about a high school hip-hop group.

Hear the song ‘Love Rights’ from the first season of REJCTX here.

Ankur Tewari has put India’s Indie music scene on the map, as the music supervisor of the Gully Boy soundtrack, and his own songs like ‘Mohabbat Zindabad’ and ‘Woh Hum Nahin’, became youth anthems. Ashutosh Phatak is also an acclaimed music producer for various ad films, and the film Mera Pehla Pehla Pyaar Hai. He was also one of the people who started the music venue blueFROG in Mumbai. These two have a finger on the pulse of the youth, and we can’t wait to see what these two composers have in store for us in REJCTX2.

Well, if you are as excited as us, you won’t have to wait for too long. Ankur Tewari is set to perform the songs from REJCTX2 live on ZEE5, Zoom, Facebook and YouTube. This live concert in the time of social distancing, will stream May 10, 2020 from 5 pm onwards.This event is being hosted by RJ Rohini.

Which was your favourite song from the first season of REJCTX? Let us know in the comments below. Watch more of Ashutosh Phatak’s inspiring story in Pursuits by Skoda, streaming on ZEE5.

Sharman Joshi Spills The Beans On His Role In Baarish 2, Chemistry With Asha Negi And More