On the occasion of Zee TV's oldest popular singing reality show Sa Re Ga Ma Pa turning 25 yrs on 23 May, contestants have expressed their happiness. 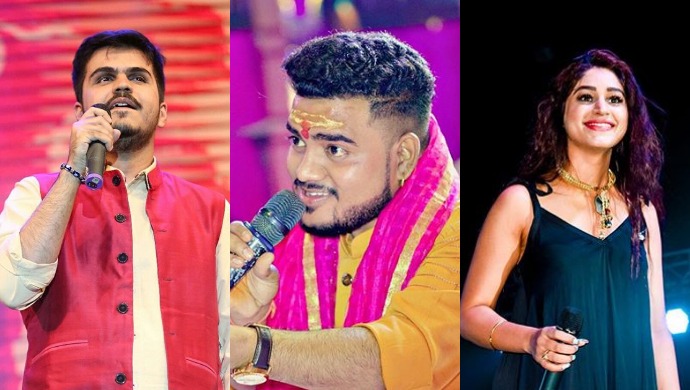 Sa Re Ga Ma Pa is one of the oldest and popular singing reality shows which still manages to rule the audience’s hearts with their concept. The first season of the show aired in 1995 and has been the biggest show across the globe. Sa Re Ga Ma Pa will complete 25 years on May 23, 2020. The show has given many musical talents to our entertainment industry and has always appreciated new talents. On this occasion, we spoke to a few Sa Re Ga Ma Pa contestants who were a big part of the show.

In an exclusive interview with Hemant Brijwasi, Pratibha Singh Baghel, Diwakar Sharma and Sugandha Date, they expressed their happiness of being a part of the show as Sa Re Ga Ma Pa turns 25. The singers even wished the musical reality show turns 100 years old!

25 years is surely an event to be celebrated and the fact that Zee’s Sa Re Ga Ma Pa is the only true musical show which has since the beginning it has sought out talent from the corners of the country and many of these very singers have gone on to make a huge name for themselves as playback singers today. One of the ex-contestants of  Sa Re Ga Ma Pa Li’l Champs, Diwakar Sharma speaks about his journey post the show and says that Sa Re Ga Ma Pa paved his way to the music industry. He even mentioned that it was via the Sa Re Ga Ma Pa that he could meet renowned director, Sanjay Leela Bhansali.

“It was the show that gave me the opportunity to meet Sanjay Leela Bhansali on the sets of Sawariya. I met him and he was working with the music of the movie along with composers. Sanjay Bhansali loved all my songs”, says Diwakar. The talented singer said, “bachpan ka confidence hota hai koi sochta nahi hai”. The talented singer expresses his happiness as he remembers the time he met Asha ji and Lata ji during the Sa Re Ga Ma Pa show, and did a music video with her. He further added saying, ‘Jagjit Singh ji came during the ghazals episode and was present at the time of the rehearsals. Am so blessed to be part of this as Jagjit Singh ji’s approach to music and musicality is far different from anybody.’ After Sa Re Ga Ma, Diwakar participated in Titan Antakshari show on Zee and became an integral part of the shows.

Hemant Brijwasi is an Indian singer who won Sa Re Ga Ma Pa L’il Champs in 2009 and won audiences hearts with his perfect knowledge of music and rhythm. He has performed as a playback singer for Bollywood movies and is known as the music sensation. The singer could not control his excitement as he said, ‘Sa Re He has performed as a playback singer holds special importance in my life as we learnt a lot during our journey which helps even more.’ He added further saying, ‘Sa Re Ga Ma Pa chalta rahe aur 100 years ho jaye’. Post winning the title of the show, Hemant faced a lot of struggle. He says that despite getting appreciated from the judges and jury why we do not get songs to sing. Shankar Mahadevan sir gave me a chance to sing in Soorma song and Gulzar sahab appreciated me. The singer who considers his father as his idol dedicates his success to him. He says that he will never forget his contributions. Hemant spoke about his heartfelt journey in the show and said that ‘My father never felt me feel bad and did all that he could to make me happy around other kids who were from high-class society. My dad used to make me eat chilly panner when I used to win but despite losing once he made me eat it.’

Popular and renowned singer Pratibha Baghel has lent her voice in several Bollywood movies. The gorgeous diva has won several awards for her musical talent and rules audiences hearts with her soulful voice. Pratibha talks about Sa Re Ga Ma Pa turning 25 years and says, ‘This show was the most popular and realistic thing. Am waiting for the show to turn 50. She even shared her experience of gaining fame post the show. ‘It helped in every way and got easy with face recognition and connections that we got through the show’, says Pratibha who was the top Finalist of Sa Re Ga Ma Pa challenge 2009. Pratibha even spoke about her beautiful journey into the show and said, ‘My journey was an intelligent phase as I never thought I will be going to Sa Re Ga Ma from Rewa to Mumbai. Sa Re Ga Ma happened and I was one of the finalists was really happy by the response that people gave me. She said that to maintain the fame one needs to work hard.

Sugandha Date, winner of Sa Re Ga Ma Pa Li’l Champs 2019 could not hold her excitement back as her show is turning 25 years. She says, ‘Am happy that I was a small part of such a big renowned show and feel extremely honoured. Before becoming the winner of the show, Sugandha did playback for Jai Gangaajal film and said that she got an opportunity to sing in front of popular Bollywood celebrities. Sugandha spoke about how she handled the fame post the show, ‘It was not at all difficult and I managed it quite well. It felt good that people were loving me and showering an immense amount of love’. She even speaks about her Sa Re Ga Ma Pa journey, ‘I could not forget the six months of the show and my overall journey was beautiful. I faced a lot of ups and downs during my journey and there were few performances wherein I scored fewer points while there were times when I was put on saline. Despite everything i held myself strong and learnt music from my guru. Learnt a lot of things from judges and it has helped me to improve.’

You can also watch the best moments and performances for the past years on ZEE5.

Kehne Ko Humsafar Hain: Here's What We Think Will Happen In Season 3