In the next episode, Kalyani is shocked to learn that Sampada can't become a mother and is paying another woman for surrogacy. 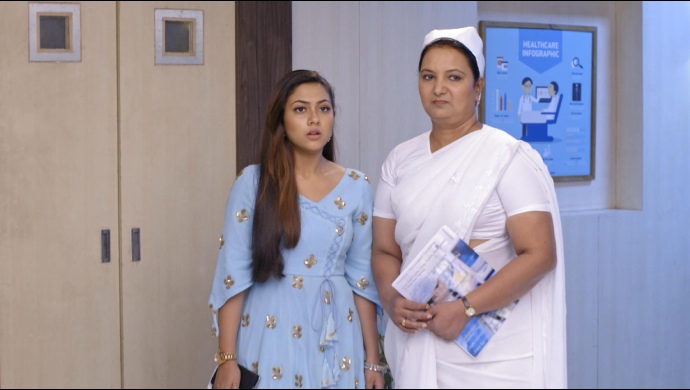 In tonight’s episode of Tujhse Hai Raabta, Kalyani creates a ruckus by throwing things all around and repeating that Anupriya is innocent. Malhar calms her down by assuring that he will convince Ahir, the eye-witness to testify that Rachit was involved with the Naxalites and Anupriya shot a bullet at him only to save Swara.

Aao Saheb goes to meet Anupriya in the police station. Sarthak also goes to the judge who will handle Anupriya’s case and asks her to release the latter, because the witness will be presented in court to reveal the truth. Later, Kalyani and Malhar also visit the judge and the former throws a huge tantrum. But, as Malhar is in his police uniform, the judge doesn’t take any action.

In the next episode, while walking through the corridor of a hospital, Kalyani sees Sampada giving money to Malti. On asking a nurse, she learns that Sampada is paying Malti to be her surrogate mother as she can never become a mother. Kalyani is shocked to know that Sampada cannot bear a child. How will Kalyani save Moksh’s life now?

To find out, keep watching all the episodes of Tujhse Hai Raabta streaming on ZEE5.

Don’t forget to binge-watch all your favourite Zee TV shows streaming on ZEE5!