Yaar Da Punch: Sumeet Vyas-Kunal Kemmu’s Friendship Got Off On The Wrong Note

In the new episode of Yaar Da Punch, Sumeet Vyas and Kunal Kemmu reveal details of their long but lesser known friendship. 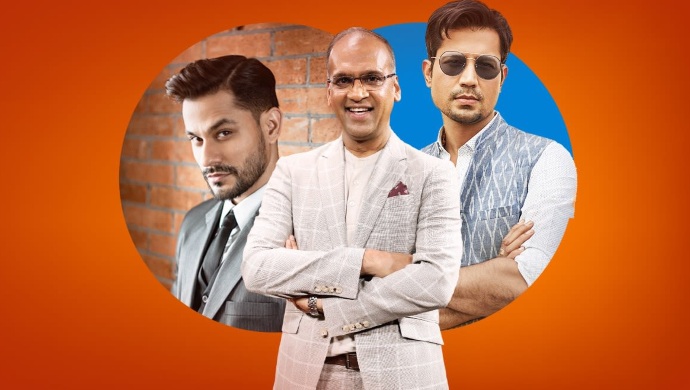 Sumeet Vyas and Kunal Kemmu are quite close friends although they have done only one film together, Guddu Ki Gun. They have both starred in ZEE5 original series with Kunal Kemmu in Abhay and Sumeet Vyas in REJCTX, Parchhayee and The Verdict: State V/s Nanavati. In this episode of Yaar Da Punch, Komal Nahta gets them to open up on their long-time friendship that not many people are aware of.

Sumeet Vyas and Kunal Kemmu both show up for the chat after their playtime. Kunal Kemmu played with his daughter Inaaya and Sumeet played PUBG. Kunal Kemmu says he does the housework getting up in the morning and even learnt cooking which he was always interested in. Sumeet Vyas says his wife always makes him feel guilty for playing games, but he says that he is grown up now, he doesn’t know why he still has to feel guilty.

Kunal Kemmu remembers how they were promoting Guddu Ki Gun in Ahmedabad and everyone was calling Sumeet Vyas, ‘Mikesh’ from his character in Permanent Roommates. Kunal said that was the moment he thinks Sumeet also realised how popular he had become. Sumeet Vyas also mentions that when he did Permanent Roommates he never thought that two years later he would be paired opposite Kareena Kapoor in Veere Di Wedding.

Kunal Kemmu also spoke of the Kashmiri connection he has with Sumeet’s wife Ekta Kaul. Komal Nahta tests how well Kunal and Sumeet know each other with a quiz and then plays a quiz to find out who’s knowledge of Bollywood is better. This tough quiz has some really tough questions that you will find challenging too if you are a Bollywood buff.

Game Of The Week: BoBoiBoy Galaxy Run Is The Perfect Game Mixing Simplicity And Adventure